How Electrolytic Capacitors Affect the Reliability of LED Drivers 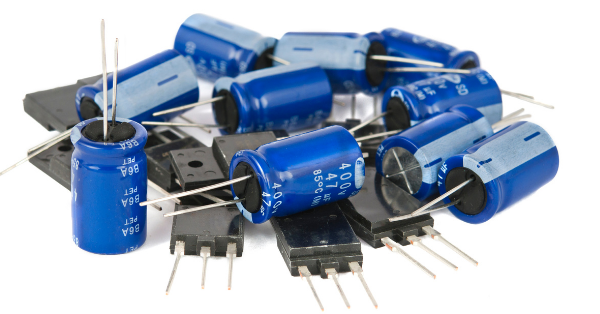 In 2008, MEAN WELL released their first LED driver, the CLG-150 series and took their first steps into the new and unknown LED lighting market.

MEAN WELL has since sold an immeasurably large number of LED drivers. Recently, an opportunity arose for MEAN WELL to receive back several of the CLG-150 LED drivers, which were manufactured in 2008. A detailed investigation and analysis were executed, and the result is shared below.

The number of the components used in a single LED driver can vary from dozens to hundreds, depending on the power output and topology of the LED driver.

A critical part of the design process is working out the exact lifetime of each components to evaluate its reliability. The expected lifetime of the LED driver is determined by the quality of its critical components, especially fans and electrolytic capacitors. In order to provide an accurate assessment of the LED driver’s lifetime, the MEAN WELL design must pass recognised verification processes including ORT (ongoing reliability), DMTBF (demonstrated mean time between failures), thermal shock testing…etc.

In this article we will focus on the verification and evaluation of the electrolytic capacitors’ lifetime.

Aluminium electrolytic capacitors can be affected by operation conditions such as temperature and load. After a long period of operation, the capacitance will reduce and the dissipation factor (tanδ) will increase, eventually effecting the lifetime. This phenomenon is called the diffusion effect, which means the electrolyte diffuses into the sealing material, eventually spread externally.

Normally, the lifetime of the aluminum electrolytic capacitor can be evaluated by using the law of Arrhenius (reaction rate of chemical diffusion). The electrolyte dries up after a period of operation, causing the capacitance to reduce and the equivalent series resistance (ESR) to increase. The lifetime can be decreased by 50% when the ambient temperature rises 10℃. In contrast, if the temperature drops 10℃, the lifetime can be doubled.

The relation between lifetime & failure rate is demonstrated in the following tube curve chart:

The LED driver’s stability and reliability are related to the MTBF (meantime between failure). The failure rate is quite low in this period, and is determined by the user’s installation and operation conditions (ambient temperature, derating, air flow, vibration…etc.).

As mentioned above, a failure during the accidental malfunction period is related to the user’s installation and application conditions. Factors such as ambient temperature, derating, ventilation, violation…etc. Are usually the root cause of the failure of the LED driver.

From here, our discussion focuses on the relationship between the ambient / case temperature, load condition and lifetime.

MEAN WELL uses a method from a well-known electrolytic capacitor manufacturer to execute a product’s lifetime verification. For example, the CLG-150 series LED driver is fully potted, the output stage is designed with a 10000 hours / 105℃ electrolytic capacitor from a renowned Japanese brand. The lifetime vs load vs temperature is explained as below.

With the relationship between lifetime and load, when the ambient temperature is 55℃ and the load is operated at 100% the lifetime is about 35Khrs. However, if the load is reduced to 75%, then the lifetime can be 1.6 times longer.

These relationships are illustrated in the following chart:

Analysis of Electric Performance and Reliability

The priority for MEAN WELL when it comes to LED driver design and component selection is long-term reliability.

By carrying out reliability testing (Limit of temperature ascent, ORT burn-in, thermal shock, vibration, salt spray…etc.), and the assessment of the electrical performance of the LED driver’s capacitors (isolation, lifetime…etc.) that have been in use for 10 years, MEAN WELL has demonstrated that both that their internal testing is reliable, and the quality of the LED driver is of a high standard.

Adopting a high-efficiency design and choosing high-quality electrolytic capacitors ensure the reliability and lifetime of the LED driver.

Selecting a trusted brand of LED driver is one of the simplest methods of upgrading the lifetime of LED lighting fixtures.

MEAN WELL will continue with its policy of Total Quality Assurance & Customer Satisfaction to provide the best cost-performance LED drivers.