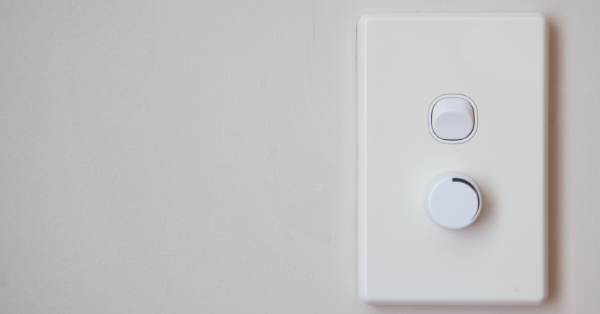 Most wall plate dimmers are either a leading, or trailing edge TRIAC dimmer. A particular type of LED driver is required that is compatible with this type of dimmer.

If you want to dim your LED lights using a wall plate dimmer, then you will need a LED driver that has AC phase cut dimming. These are also refered to as a TRIAC dimmable LED driver.

The Power Source PDV series LED drivers are compatible with most of the leading, or trailing edge TRIAC wall plate dimmers, which are commonly used in Australia.

The 30-Watt and 75-Watt models are rated IP20 for indoor use only and the others are rated IP66 for outdoor use.

Of course, no LED driver should be mounted in direct sunlight as this can cause the temperature inside the LED driver to rise above its maximum working temperature range. This has the potential to result in a failure, that would not be covered by the warranty period.

It should also be stated that IP66 rated LED drivers should never be submerged in water.

The Power Source PDC series LED drivers are also AC phase cut dimmable. These have a selectable output current and a wide voltage range, making them suitable for use with a wide range of luminaires.

The PDC series LED drivers also have a wide output voltage range, making them suitable for use with many different luminaires.

If you cannot find an AC phase cut dimming LED driver with the correct electrical specifications, there is an alternative option.

The D1-10 is compatible with Clipsal and HPM (and we think many other) switch plates, so they can be mounted in a standard architrave switch fitting.

The D1-10 will control any of the MEAN WELL LED drivers listed on our website that feature ‘3-in-1’ dimming. We stock a wide range including constant voltage and constant current models.

The only downside with this option is that you will need to run additional wiring from the D1-10 dimmer switch to the dedicated dimming terminals on the LED driver. The D1-10 is not wired across the AC input, like a traditional wall plate dimmer.

You will also need a separate on/off switch for the LED driver.

If you would like assistance in selecting a suitable LED driver for use with a standard leading, or trailing edge TRIAC wall plate dimmer, then please do not hesitate to contact ADM.